Assuming September’s weather is kind, there will still be plenty of colour in your garden provided you have some later flowering plants. So here are some ideas for the end of the season interest.

Passion flowers or Passiflora caerulea are often flowering into October in mild situations with their glorious complex flowers that will bring a touch of the exotic into the garden. In warm summers such as this year, some of these will produce plum sized orange fruit. These will cause stomach pain if eaten when under ripe so they must be ripe and orange in colour before being tasted. 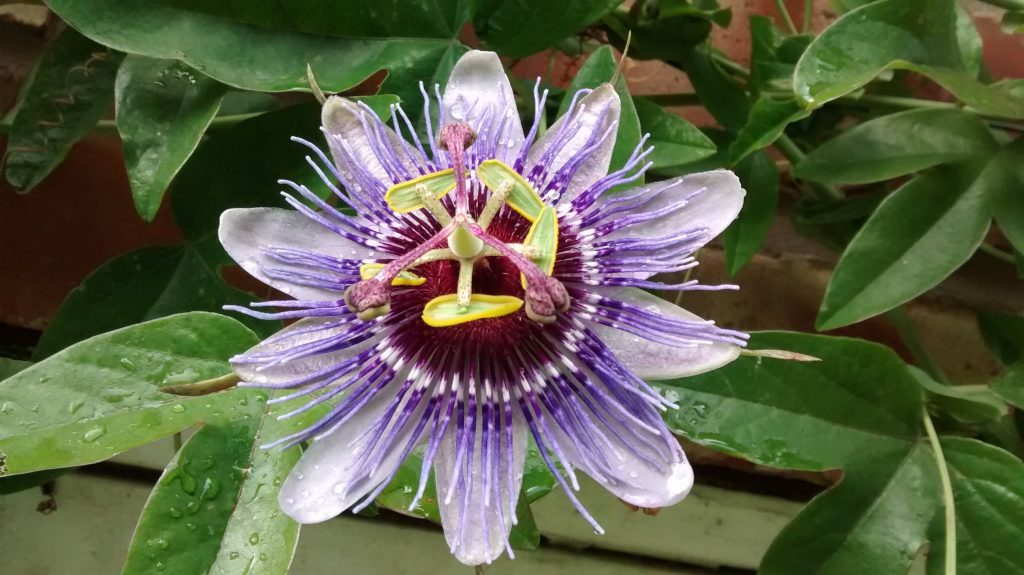 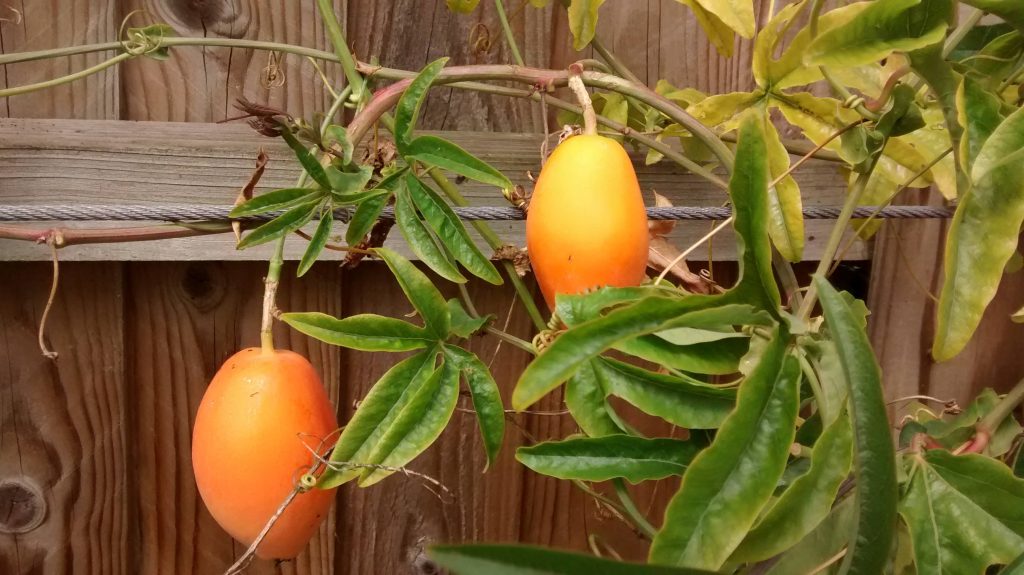 Another climber that will be quite spectacular is Clematis tangutica Bill MacKenzie. This clematis should be pruned to 30cm in late winter. It should then put on 2 to 3 metres of growth in a season culminating in bright yellow flowers in late summer to early autumn which then turn into fluffy seed heads throughout autumn and winter. 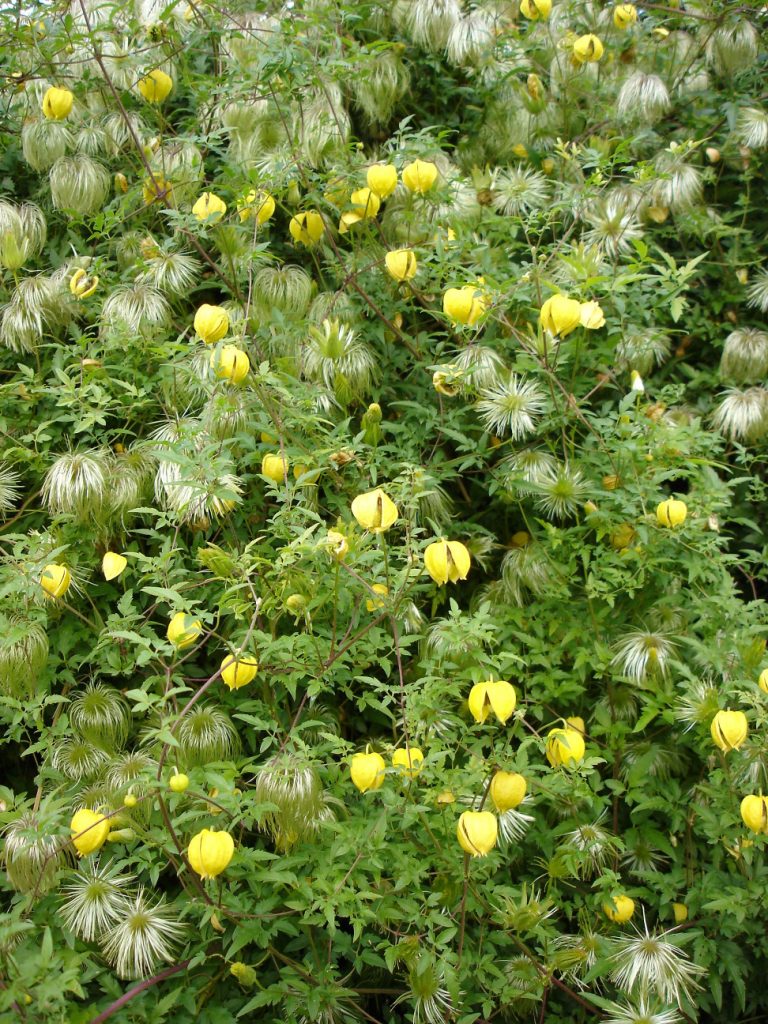 Bergenia Autumn Magic is a low growing perennial which has spikes of coral pink flowers in autumn, hence the name! Excellent for growing at the front of the border with the glossy rich green leaves throughout winter. Plant Hellebores behind them for winter flowering interest. Many Fuschias and Penstemons are still flowering well into October too.

For those who like tall grasses and have an open sunny spot, I suggest you consider Miscanthus sinensis Flamingo growing over 2m tall. It is looking at its best in autumn when it produces silky tassels of deep pink contrasting well with the green leaves with a white stripe in the middle. Cut down to about 30cm in late winter. Pair it with the tall Verbena bonariensis with its deep mauve flowers and surround them with Sedum spectabile for autumn colour.

By October you should have cleared out your summer bedding and be thinking about winter and spring interest. I rotate pots between the summer and winter seasons with some that have permanent plants. So out comes my pot of Cyclamen hederifolium with its pink flowers followed by green and silver marbled foliage. I have pots of Daffodils, Narcissus (Narcissus Actaea lasted weeks), Tulips, Chionodoxa and Anemone blanda which I top with Primulas and winter Pansies for months of colour from October to April. I then plant out the bulbs in the garden and start again the next year!

Cut back bush roses by about a third to reduce wind rock over winter. Final pruning can be done in February or March for the new season. For climbing roses, tie in new shoots horizontally and prune out the oldest unproductive wood. Apply greasebands to apple and pear trees trunks to prevent flightless winter moths crawling up to lay eggs. Wish I had done this last year!