Late winter and early spring overlap in March with the traditional winter bulbs such as daffodils brightening many gardens.

Daffodils, properly known as Narcissus have flowers from late winter through to spring depending on the variety. The variety February Gold is, as its name suggests, a tall, yellow early flowering variety. Jetfire is a smaller variety with an orange centre and yellow petals. I love the sweet scented varieties usually known as Narcissus. For fragrance, grow Cheerfulness, a variety with 3 or more double scented flowers in a creamy white colour. This will flower in Late March to April. Another scented variety that will flower April to May is Narcissus Pheasant Eye. This has pure white petals with a small orange centre to the flower and a lovely scent.

If you like colour contrasts plant the blue flowered Chinadoxa with your daffodils. Only small but with sky blue starry flowers and will self seed happily. Muscari or Grape Hyacinth is another smaller blue flowering bulb that will self seed around your garden.

Shrubs start flowering in spring so if you want some yellow colour go for Forsythias. Untidy tall growing shrubs but they do flower very early with bright yellow flowers. If you have room for a spring area in the garden, plant a Forsythia, a pink flowering currant, Ribes Pulborough Scarlet alongside and finally a Japanese Quince or Chaenomoles. This last shrub has flowers in either pink, scarlet red or white on bare, spiny twiggy branches. They last for a long time and are followed by Quince like fruits. Once all these have finished flowering you can give them a good pruning the get new stems to grow and flower next year. 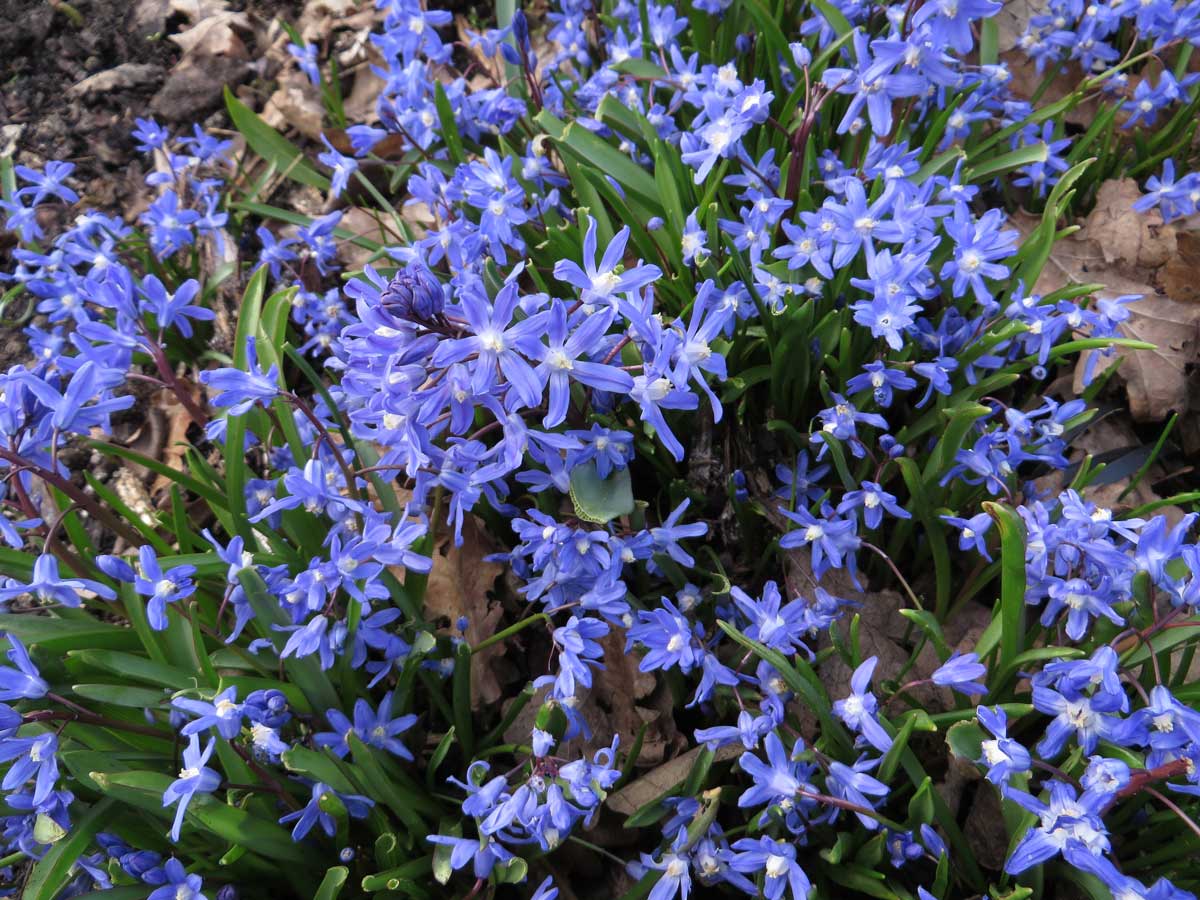 Underplant these shrubs with Snowdrops, mini Daffodils, Chinodoxa, autumn flowering Cyclamen and the flowering perennial Pulmonaria for a year long season of colour. I would also plant a honeysuckle and a summer flowering clematis through the shrubs for summer colour.

Jobs to do in the garden include deadheading daffodils once they have finished flowering. This helps the plant to put its energy into flowers for next year rather than setting seed. Keep the leaves on until they die back or cut them back when they start to die off.

Any plants in pots do give a feed to them. Re-pot in new soil based compost such as John Innes No3 mixed with horticultural grit for drainage. If the plant is too heavy, at least remove the top few centimetres of old compost and replace with new.

In late March, start planting annuals such as Marigolds, Poppies and Cornflowers outside in seed beds. Finish pruning roses. Give all your plants a feed with a slow release, general purpose fertilizer such as Growmore to give them a boost for spring growth.